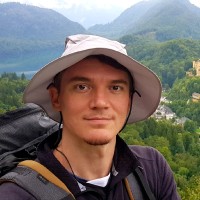 Capture, save and resend requests with Wireshark

Today I had to face a strange issue regarding inspecting requests over the network. I am working on a new feature where users can upload files to our server trough a mobile application. I am responsible for developing the backend part and exposing the proper API. The frontend parts for this feature are the mobile applications, Android and iOS done by remote developers.

So I exposed an endpoint, let’s call it POST /files using Content-Type as application/x-www-form-urlencoded. I wrote the tests including integration tests and also manually tested the feature with PostMan and Curl, all working fine.

I sent specifications to the mobile developers for implementation and they did it. But while the feature was working fine over iOS, the Andoid app was throwing a 500 exception on the server. After inspecting the logs it was clear that this happends while JAX-RS is parsing the content of the incoming request. Since the thrown exception wasn’t clear, I spent some more time debugging the JAX-RS source code to understand where is the issue. I found that it was not finding the body of the request but nothing specific that I can fix.

So how else can I find out why this request is not working from Android and working from other clients? How to see what is the difference between the request coming from Android and the other one? And most important, how can I capture the request coming from an external outsource company and reproduce it localy so I can isolate the issue and debug quicker?

Well that can be done by monitoring the network packets on your network interface. And the best tool for that is Wireshark. It can be installed on any platform and it even can comitor network on a remote interface, like the virtual server in the cloud.

Let me how it is done. I will use a different POST request with a json body because I am not alowed to discolse work related data.

Install tshark, the CLI version of Wireshark, for capturing requests. I will use this to capture the requests and save them to a file. Wireshark UI can be also used but I prefer tshark because you can use it directly on the servers too.

Next start your local server that will respond to the requests you want to monitor. In my case this is the request I want to capture:

Capture and save requests with Tshark

Run sudo tshark -D to see all the interfaces you have. You can see a more datailed list by running ifconfig. These are my interfaces. For you it will be different and you have to identify with one is your traffic going trough. For example wlp2s0 is the wireless interface for me, lo is the localhost.

Because I have all the applications running locally, I will continue by using lo interface.

To capture to a file, tshark requests that the user that runs the command is also the owner of the captured file (security reasons). So lets prepare this file:

Great, now we can start capturing by running:

To capture only http packets also use the -f "http" flag.

Notice that the packets will grow fast, and there is a lot of traffic behind the scenes that we are not aware of.

Let’s run the request we want to monitor:

Now stop the running tshark application. All the traffic is captured in the c1.pcap file, which is a format that Wireshark UI can read. So open it with Wireshark UI and filter the frafic with http. Notice the raw request we are monitoring. Right click on that packet then follow->http stream to see the entire raw request and response.

We captured something, the pcap file is bigger now:

This is what we needed. Now let’s see how can we resend this captured request.

We need to convert this binary file into a human readable format and extract the request we want to redo.

Then let’s run it against our c1.pcap file.

All the requests and responses are separated in files and we can read them.

Looking over the file contents, there is one that represents out request that we want to replay:

We also have the captured response for this request. We don’t need that right now, but just FYI:

All that is left is to send this captured request. We can do that with netcat that comes with Ubuntu 16.04.

Notice same response was returned from the server because this web service is idempotent. Also notice we can send the same request to a different host. Now we can also edit the tcprequests/w2x_contents.dat and resend it. It also supports binary data transfer like file uploads.

In a future article I will explain how can you do a live monitor/network-capture on a remote server through ssh. You would not believe how much background traffic is happening there. All servers are being spammed a lot, specially by bots looking for php vulnerabilities even though the server has no such thing installed.